A simple procrastinate definition is one put forward by the Oxford Dictionary:
“Delay or postpone action; put off doing something”

The free dictionary defines it as:
“To put off doing something, especially out of habitual carelessness or laziness.” 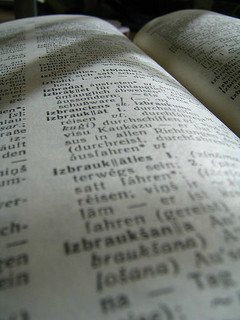 Wikipedia defines it as:
“Procrastination is the practice of carrying out less urgent tasks in preference to more urgent ones, or doing more pleasurable things in place of less pleasurable ones, and thus putting off impending tasks to a later time, sometimes to the “last minute” before the deadline.”

Cambridge dictionaries defines it as:
“to keep delaying something that must be done, often because it is unpleasant or boring:”

YourDictionary.Com defines it as:
“Procrastinate is defined as to put something off to do at a later time.”

Macmillan Dictionary defines it as:
“to delay doing something until later, usually something that you do not want to do”

My personal favourite definition though is one put forward by Ackerman & Gross:
“Procrastination is knowing that a task must be performed, yet intentionally failing to motivate oneself to carry out the task within the desired time frame.”

Go To What Does Procrastination Mean

Go From Procrastinate Definition To The Home Page