The Oxford dictionary defines it as: “a person looked to by others as an example to be imitated.”

The term first came into use during some socialization research on a group of medical students that was performed by Robert K. Merton. It concluded that when individuals have a desire to perform a particular role that they will copy and compare themselves to individuals already performing such roles.

But from a leadership perspective how exactly do you become a role model? Well you have to portray yourself in such a way that you would want others to follow.
It all starts with self-awareness. However many individuals in leadership roles are either not aware of how their behaviour impacts others or they think their behaviour is much different to that which others experience. 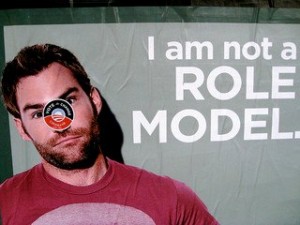 If the organisation that you work in uses 360 appraisals the request to be part of the process. A 360 appraisal is where your customers (both internal and external if applicable), employees and peers all get chance to provide you feedback and comments with respect to a number of key leadership traits and characteristics.

360 appraisals can be a great ‘eye opener’ for gaining an understanding of just how others actually do perceive your behaviours and actions.

If your organisation does not use 360 appraisals then you can still reach out to others that you work closely with and ask for some candid feedback related to your strengths and development opportunities.

Reaching out for feedback either directly or through the 360 process should enable you to have more self-awareness and realization about how your actions impact others. Don’t get too defensive if you receive feedback that you weren’t expecting. Listen carefully and try and act on the advice that you are given.

Review some recent communications that you made, both verbal and written. Were they as professional as you intended them to be?

Once you have discovered development areas to address – act on them – take courses or practice a particular discipline until you can demonstrate improvement.

If you want your immediate team to perform well and meet all the goals and directives that have been set for them then you need to actively model the required behaviour to be successful. People mimic the behaviour that they see in others so if you constantly act in a professional, ethical, success driven way then others will follow you and behave in a similar way until it becomes hard programmed into their everyday actions.

Also don’t forget to dress professionally. Does how you dress match how you believe others would expect you to look in the role that you perform? Remember the two old sayings… “Dress to impress” and “Dress for the job you want, not the job that you currently have!”